We are “Hearchitect”,Used to build dreams about you. 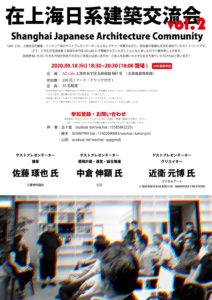 With the cooperation of UDS, we have reserved the directly managed cafe AO cafe on the first floor of UDS’s office. 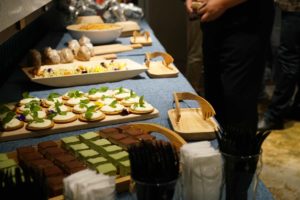 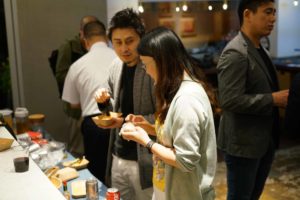 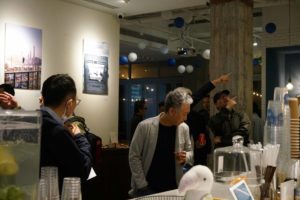 It was said that the capacity was 40 people, but like the last time, the capacity was exceeded, so you can have a good time while overtime with 42 participants including advertisements, creators, designers as well as construction related people. I did.

I was surprised that some of them were able to meet again for the first time in 10 years. 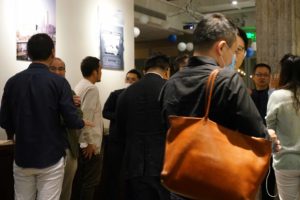 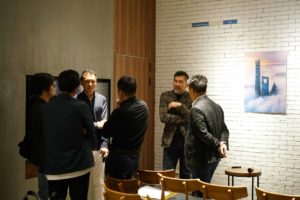 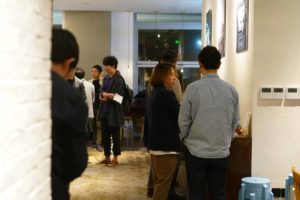 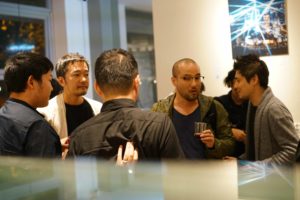 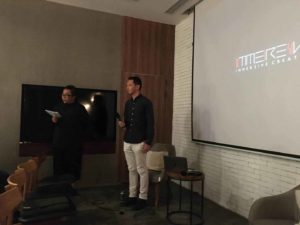 Mr. Takuya Sato, Mitsubishi Jisho Sekkei, explained the origin and history of Mitsubishi Jisho Sekkei, his current work, and the projects that Mr. Sato had experienced in Japan and the contents of his involvement in projects in China for about two and a half years.
He made a presentation based on his experience about the differences and feelings between architectural design in Japan and architectural design in China. 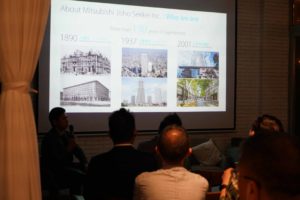 I was very sympathetic to the way that a good work can be made in China, “The designer also understands Chinese culture, the client and the construction also understand Japan, and then mutual understanding and compromise.” 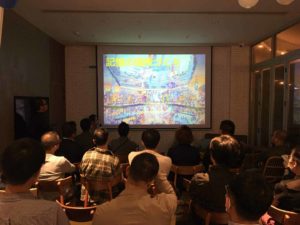 CCD is a company established by the main members of Fukuoka Jisho, who supervised Nanjing Aqua City as a whole. It is easy to imagine that it would be extremely difficult to organize a series of processes from planning, designing, and operation in a large-scale commercial facility or complex of hundreds of thousands of square meters in China. 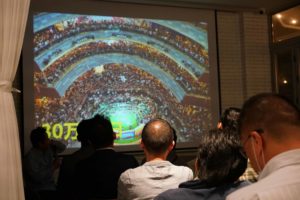 The photo shows the opening of a commercial facility in Wuhan, but it seems that there were 100,000 visitors.

In the future, CCD will challenge not only commercial facilities but also various facilities such as facilities for the elderly, resort facilities, and physical education facilities. In particular, CCD will actively promote projects to renovate or convert public facilities and urban redevelopment, which are currently not profitable, in the form of a public-private partnership, which is extremely difficult in China.

I can’t show the pictures here, but the commercial facilities like the soccer stadium that you showed me were very impressive.

It seems that Mr. Konoe himself was originally involved in web design and game development related to advertising media, but due to a competition several years ago, Team Labo, who had not advanced to China, was called to Shanghai for interior design. Since he participated, he started a field that fused digital art and space. 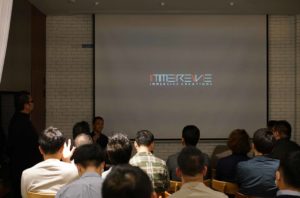 Currently, we have a business alliance mainly with Naked. Inc., we have launched a company called IMMERSIVE CREATIONS, and we are creating temporary and permanent spaces for various digital arts in China. 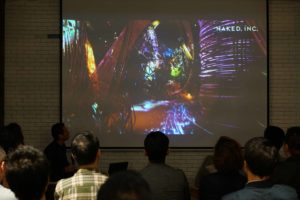 All the presenters were very interesting and well received. 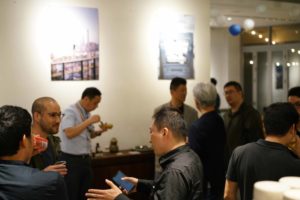 Currently, the presentation is spoken only in Japanese, and mainly Japanese or Chinese who understand Japanese are attending. In the future, we would like Chinese people to participate in addition to simultaneous interpretation. And we hope that many people will participate while collaborating with various architectural salons and exchange meetings in China that are similar to us.

We are thinking about the next year-end party, so if you are interested, please join us.